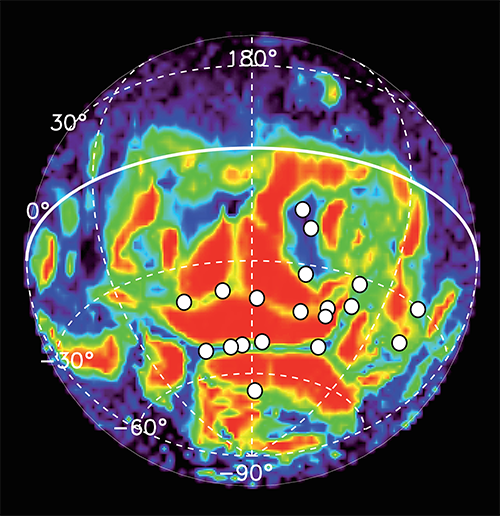 Following an in-depth analysis over the course of ten years – from 2004 to 2014 – of data from the SPICAM instrument placed on board European orbiter Mars Express, Lauriane Soret, researcher at the University of Liège’s laboratory of atmospheric and planetary physics, and her colleagues have identified aurorae in Mars’ atmosphere. This rare phenomenon remains largely unexplained, and has sparked considerable interest in the scientific community. Similar phenomena are likely common throughout the universe, on exoplanets that have lost their magnetic field.